Instead of covering subjects and topics in-depth as I have in the past, I’m trying something different. These are my observations from each week in May:

The hardening of Batman.
Week 1:  The last Batman movie, The Batman 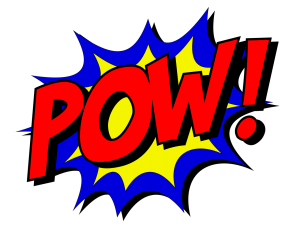 (because now he requires an article to sound more important) is pretty dark in almost all aspects, from the actual lack of lighting in the film to the character himself. As someone said, he’s the “emo Batman” with his smudged eye make-up and the lonely, gritty life he leads. A digital production company decided to take the “original” Batman, Adam West, and put him in The Batman’s trailer. They titled it, “The Batman but with the Goofy Batman.” It’s an entertaining watch to see the original Batman in tights with familiar visual sound effects “BAM!” “KAPOW!” etc. in the mean streets of Gotham City. What it made me think about, though, was Batman’s progression from campy entertainment to dark and violent justice. What does this say about what viewers want to see and what filmmakers create? Do we all want the latest version of Batman to be haunted by his past while ruthlessly killing his foes or would we occasionally like to see some ridiculous dancing and ludicrous situations? I vote for men in tights and silly lines, most others (including my brother, a dedicated fan) would vote otherwise. Do a quick search for “Adam West in the Batman” to check it out and see what you think.

Cause of death? Misinformation.
Week 2: According to the FDA Commissioner Robert Califf, “misinformation is now our leading cause of death.” He was referring to the wealth of questionable information on-line and in the news that people read, believe, and then make poor decisions based on. Interestingly, he put part of the onus on reporters. He said, “People are distracted and misled by the medical information Tower of Babel, but journalists like yourselves play an important role here and your work has a tremendous impact on public trust.” One would think that reporting truthful information would be journalists’ number one goal, but as we have seen with so-called news programs that label themselves as “entertainment” when in legal trouble, it is hard to trust any one source. Truly, it comes down to the individual’s ability and desire to use critical thinking, to check multiple sources, and not believe everything you hear (or read or see). That definitely seems to be lost in our current society, and apparently death can be the result! 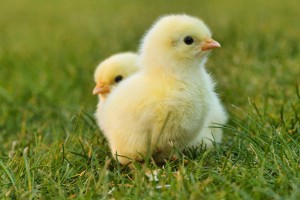 We recently got chicks (baby chickens, that is) as we do almost every year. What is so incredible about a chick is its instinctual ability to survive almost immediately upon hatching. It begins to peck for food, drink water, and seek out the warmth of the heat lamp from the moment we receive them. They don’t technically need a mother hen (though it is nice for them to have one for the protection) because they inherently know what to do from the very start. Humans, and probably most mammals, don’t have a fighting chance, not from birth anyway. We need the care of someone to survive initially. We have instincts too, of course, but as time goes by, we usually explain those away with our thoughts and emotions. A chick’s simplicity – to eat, drink, sleep, poop, repeat from the very start – is admirable.

What makes a shooter.
Week 4:  The incredible and heartbreaking number of shootings lately has been hard to take. Why it continues to happen is the part that bothers me the most. Gun control of certain types of weapons is obviously an issue, but it’s only part of the solution. We should be asking why someone thinks it’s acceptable to kill multiple people in a rampage (especially kids), how they got there, and what we can do about it now as a society.

Turns out, two professors, one of criminology and one of criminal justice, have researched that topic and wrote a book about it, which came out last year (Violence Project: How to Stop a Mass Shooting Epidemic). From studying and researching mass shooters, their personal histories, and the shooting sprees, authors Peterson and Densley found some commonalities among them. They note a “consistent pathway” for would-be shooters. “Early childhood trauma seems to be the foundation, whether violence in the home, sexual assault, parental suicides, extreme bullying. Then you see the build toward hopelessness, despair, isolation, self-loathing, and oftentimes rejections from peers.” This build-up often leads to suicide attempts. “What’s different from traditional suicide is that the self-hate turns against a group. They start asking themselves, ‘Whose fault is this?’ The hate turns outward. There’s also a quest for fame and notoriety.” The last two shooters (at the time of this writing) were 18-year old boys. 18. What could’ve been done for them during their short lives to help them become young men who were looking forward to their futures after high school instead of plotting to kill themselves and take many others with them? The answer to that is multi-faceted and, of course, costly which unfortunately involves the government and politicians. And that’s where many of us lose hope and feel helpless about anything changing anytime soon. Sometimes, prayers and a desire for change can only get us so far, sadly.

Previous: Never Dead, Forgetfulness, and Some Regrets
Next: When Your Mom Dies