Instead of covering subjects and topics in-depth as I have in the past, I’m trying something different. These are my observations from each week in April:

So I have to pay attention?
Week 1: “Forgetfulness isn’t usually a memory problem so much as it is an attention problem.” Isn’t that comforting news? On her 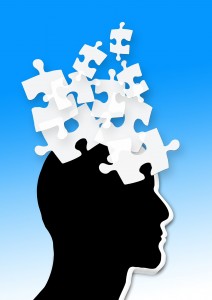 podcast Brené Brown interviewed Dr. Amishi Jha, a neuroscientist who has studied memory and the brain. She says that when many of us get older and “can’t seem to remember where we put things,” it’s because we aren’t paying attention to where we put something, not that we’re getting dementia or that our old brains don’t work as well. My dear friend Vicki was infamous for losing her car keys since the day she got her driver’s license. It’s interesting to know that she wasn’t forgetful so much as not being mindful of where she set them down (and they could end up anywhere). However, the rest of us can still lose our glasses while they sit on top of our heads…

It’s hard to accept life sometimes.
Week 2: “You know, I’ve tried to accept this life. But it’s hard.” This was spoken by a woman being wheeled into morning activities at my mom’s skilled nursing facility. I couldn’t help but wonder, did she mean her whole life, or living in a place where most patients are at their last stages, or some other time that she regrets. And, let’s face it, there are some points in all of our lives that we’ve tried to accept, but it was hard. I’m hoping she has a better day tomorrow.

Should dead be forever?
Week 3: The concept of the show Upload on Prime offers interesting and perplexing questions. In it, the main character dies, but before doing so, his consciousness is uploaded to a server where he can continue to “live” at a resort style hotel and keep in contact with people on Earth. Of course, only those who can afford it can go (and everything there costs extra too so you must have alive, wealthy people paying for you). The idea presents some thoughtful questions, like should we stick around after death, even as consciousness, and still be in contact with the living? Would we want everyone we know who has died to be around forever? And when we die, would we rather leave this life forever or try interact with the living from afar? At different points in the show, the dead character realizes that living in a VR resort isn’t so great. He wants to be back in the land of the living, regardless of the many crappy parts. Personally, I’ll just go to the hereafter when it’s my time, wherever that is.

What’s good for some….
Week 4: “Good for her. Not for me. That is the motto that women should constantly repeat over and over again,” – Amy Poehler, Yes, Please. In her book, Amy (because we’re on a first name basis) was speaking about childbirth and the use of hospitals and painkillers during labor. A friend of hers used no drugs and birthed at home. Amy’s response was, “Good for her. Not for me,” then said that we should all be saying that to ourselves. So true. We should avoid comparing in any situation. Especially as women, where comparison and “not good enough” is bred into us as little girls. What if we just said, “Good for her. Not for me,” instead? The world would be a better place. (I’ll have to practice saying that about every Kardashian and the watchers of their show be 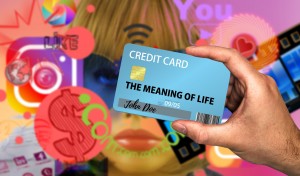 cause I can’t understand why people like these women and what makes them so popular, except for their ridiculous wealth…. “Good for them, not for me.”)

Previous: Mean Adults, Nukes, and Not Being a Kid Again
Next: Batman, Misinformation, and What Makes a Shooter