My oldest is ten – a “tween” she has told me numerous times. I cringe at the word. There is something about it that bothers me, but what else do we call this enormous group of kids ages nine to twelve? (My mom used to call me a “pre-teen” and that would really bug me). Regardless of what my daughter is called, she is growing up in a time very different from mine in ways I never noticed until recently. Part of what helped me see this is the book Queen Bees and Wannabes by Rosalind Wiseman. It’s about girls – from those starting puberty all the way to high school and what they face on a daily basis in their “girl world,” from the pressures to look and act certain ways to the cattiness to navigating the sometimes frightening on-line world. These issues aren’t limited to just girls, however, boys must deal with them too. Here are three that I noticed that both genders face: 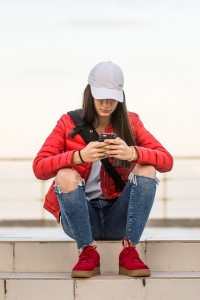 -line, there is a price to pay for being able to see anyone you know on the Internet – our privacy. Our kids today have been born into a time in which pictures are constantly taken then uploaded for the world to see. In turn, they will do the same, and it’s not always the super cute pictures of them as babies with a sleeping kitten, they’re pictures that can be humiliating or shameful – pictures they wouldn’t want anyone seeing, and now almost anyone can. Wiseman points out, “When you were a teen, your most embarrassing and humiliating moments weren’t up for public discussion and entertainment….She’s living that moment in public. There’s no protection. There’s no privacy. This is her regular, ever-present reality. Your daughter is growing up with a different definition of what’s public and what’s private.”

Even if you block your child from any social media platforms (and right now we can because tweens are technically not old enough), that can’t stop others from posting images of your kid. You can do your best, but it probably won’t work 100% of the time. And children probably won’t want to be blocked from it either; they want to participate. They want to be part of the group, but in doing so they are giving up the right to having a private life. Right now I have three more years until I must deal with the onslaught of social media and raising a girl – phew!

2) Media definitions of the “right” image. This idea isn’t new. Ever since ads of any kind could be viewed (from early newspapers to full color magazines), we are told what looks good and right. For quite some time it’s been blond, blue-eyed, skinny, and tan – that’s the definition of female beauty that has been touted (think Barbie). For boys/men: tall, muscular, tan, and naked of body hair. Now take whatever the prevailing image is and multiply it by 1,000 because our kids don’t just see these images on television or magazines, they see it in on-line ads, on YouTube videos, even games. Then they try to replicate it or feel bad about themselves because they just don’t physically fit the bill (who does?!), and as they get older their appearance matters more and more.

3) Ads and more ads. We’ve all seen countless commercials from childhood to adulthood. How many times did you see a commercia 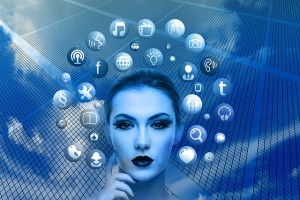 l when you were a kid and need that toy (I’m thinking Barbie again or He-Man in my brother’s case). This isn’t new either. But kids who play on-line, get free apps, or just use mom’s phone while in line at the grocery store, see double that, usually for other games (my eight-year-old son thinks he wants every game he sees advertised in other games). According to APA.org, “advertisers spend more than $12 billion per year to reach the youth market and that children view more than 40,000 commercials each year.” Think about all those opportunities for “I gotta have that,” “I need that,” “I’m not good enough or cool enough unless I get that.”  It’s overwhelming! Again, if your tween is going to be a “normal” kid (and yes, he or she probably really wants to be) then an on-line world is inevitable – thus, so are the ads.

So what can we do about this new  digital landscape that feels like a place to prey on our kids?

1) Accept it and try to manage it. You don’t have to like it, but know that this is our current world and it won’t be changing any time soon. (Otherwise, you’re spending too much energy fighting something that cannot be changed, and that’s exhausting.) Unless you plan to live in the mountains of Tibet, facing the digital world is inevitable, so accept that it is a part of all of our lives, regardless of age.

2) Try to teach your child to be empathetic, to show him or her what it feels like to put up embarrassing photos, and to be resilient if it happens to them (let time pass and the hype will die down). According to Wiseman, that also means not posting pictures of your kids that they might interpret as embarrassing, even if everyone else would think they’re cute.

3) Teach them to be accepting of his or her looks and body regardless of whether it fits the “norm” or not (and that often starts with parents liking their own body image).

4) Help them to see what they have, so they don’t think they need every product or game that is advertised over and over again.

Unfortunately, none of the above is easy! But I keep trying and I’ll be sure to share any tips I learn along the way.  Just because the world our kids live in is different from ours doesn’t mean it’s all bad or terrible; it’s just that, different.

Previous: A New Reality for Our Kids – Shooter Lockdown Drills
Next: Do We All Get Softer with Age?