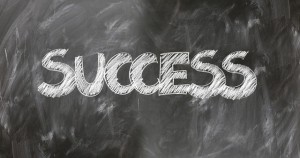 As I start down this path of publishing and marketing a book, one repeated piece of advice I have read is to define success and what success means to me. The argument is that that most people have no real definition of success, so how can they ever reach it. In the world of writing, it is wanting to be a successful author. What does that mean? Getting on the best seller lists? Making a fortune? Turning books into block buster movies? I have yet to define mine, but I highly doubt that it will be any of those milestones. Selling 20,000 copies would be nice, but I don’t know if my dad can afford to buy that many.

What does success mean to you? We often think of it in terms of income, fame, or prestige. If you are well-known and paid extravagantly, you are successful. Richard Branson, founder of Virgin Airlines (among other businesses) appears to be a down-to-earth billionaire, if there is such a thing, and he says, “Too many people measure how successful they are by how much money they make or the people that they associate with. In my opinion, true success should be measured by how happy you are.”

Another billionaire, Mark Cuban, says, “To me, the definition of success is waking up in the morning with a smile on your face, knowing it’s going to be a great day. I was happy and felt like I was successful when I was poor, living six guys in a three-bedroom apartment, sleeping on the floor.” That might be true, but I’m pretty certain that he does not sleep on floors any more or live with six guys in a crappy apartment.

For others, even defining success seems scary because what if we fail and never reach that point? We are paralyzed with the idea of even starting so we stay stuck and don’t try. One point can be made about the billionaires above, they never stopped trying. And then there is the flip-side, what if we reach our definition of success? Let’s say someone decides that success is earning $1 million in a year and this man or woman worked hard and reached that goal – their definition of success. Then what? Success attained, does he or she just roll over and die now? What next? I think we bump against this often. Why try, we ask, because 1) we might fail or 2) we might succeed.

And because of those pitfalls I think there are many of us who never stop to define success, and therefore just never stop. We’re always striving, nothing is ever good enough, once we get something that we want, we change what we want, so that we are never satisfied. We fear that if we reach that point of being completely satisfied and successful then we have nowhere to go and nothing to do, so we keep ourselves on the treadmill. And that is not a fulfilling life either because it’s never done, we never truly succeed, we keep going and going and going, until we die. That is pretty bleak.

I think I will go with the ideas of two other successful people: Maya Angelou who says, “Success is liking yourself, liking what you do, and liking how you do it.” And John Wooden, a very successful basketball coach with 620 wins and ten national titles who thinks, “Success is peace of mind, which is a direct result of self-satisfaction in knowing you did your best to become the best you are capable of becoming.” Both are easier in theory than in practice, but something to strive for on a daily basis and over a lifetime.  What is your definition of success? Have you reached it?

Previous: Where Were You When the Country Changed?
Next: What Did We Look at Before Smart Phones?