My family was one among the many in California who’s power got cut this past week during the “PSPS” (Public Safety Power Shutdown). Electricity went off Tuesday night sometime while we were sleeping and came back on Friday afternoon. Two and a half days o 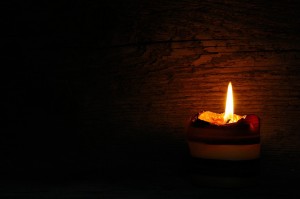 f darkness. We weren’t outraged at PG&E for taking safety measures to ensure that another massive fire didn’t break out and incinerate us all, but it was highly inconvenient. Here are my pros, cons, and observations from the last few days of what felt literally like being “powerless.”

Cons – These are pretty obvious, but I’ll state them anyway. No hot water (so no showers unless we were going to brave the morning cold shower which my husband did, twice), no refrigeration (I wouldn’t let anyone open the fridge or freezer, so pantry food got pretty tiresome), no cell service (for some reason, I think my neighborhood was the only one without that, thanks AT&T). I really felt stranded with no way to communicate with anyone or get any power updates. We live in a rural area and we have no old person with the battery-operated AM radio going (that I know of). There was no school during this outage so the kids and I were getting stir crazy, which led to arguments of varying degrees.

What was most frustrating, and somewhat disturbing, was our utter dependence on PG&E and electricity to function in our “normal” lives. An hour away, where my husband works, it was business as usual. They all had electricity (from a different power company), so there was no disruption to their lives. No so for our community. Most businesses couldn’t operate and those that did were force 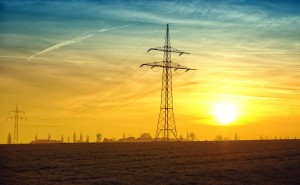 d to be cash only (tough because of our plastic currency dependence). Gas pumps won’t work without power, and all of those generators need that other dependent resource (gas) to run. Of course, many would chalk this up to a “first world problem.” Boo-hoo, there was no power for almost three days, and maybe I agree there. But we live lives that rely on electricity and, even with numerous announcements from PG&E, entire communities felt the effects of this shutdown.

Pros – We did experience some unexpected perks to this shutdown. First, we were forced to be outside, in daylight. My kids still had their devices, but no wifi made them less appealing. While the sun was out, I made them be outside (me too). I sat at the table on the deck and drank tea while I read a book. I can’t say that I have done that recently. Then my son made a rickety skateboard ramp while my daughter created a wagon ride down the small hill of our driveway (and crashed a lot) and I collected kindling. When the sun started to set and my husband came home, we went into our darkened house and lit candles, I lit the stove stop (thankfully it’s gas), and we ate dinner in a candlelight glow. Then we settled in and watched a movie on my laptop. It’s a small screen, but a screen nevertheless. Friends of ours would get out the Uno deck and play with their kids. Instead of breaking up and going off to do our own individual things, we did things together, and it was nice!

And yet, I was very thankful when our power finally did come back on. Hot showers are literally one of the most modern wonders of our time. The router sprang back to life, my kids jumped on and played all those on-line games they couldn’t, and then after a while, I kicked them off. They went outside again, what a concept!

If anything, this experience does make us think about how affected we are by the modern convenience of electricity, how dependent we are on such a system, and how one company can control it all. Even with solar, if you’re connected to the grid (like we are), cutting the power means all that solar electricity generated is useless. Maybe this will force us all to think up better ways of living our power-run lives because if and when this happens again, this “blog post” might be a “carrier pigeon post.”