This January I embarked on the Arbonne 30-Days to Healthy Living Cleanse. I did this last year too and wrote about it (the Power and Pain of the 30-Day Cleanse). However, this year I was not alone. Somehow, I managed to talk others into doing it too (besides my husband who probably felt that he had little choice). Four other couples and two additional women did it with us, and oh, what fun it was! 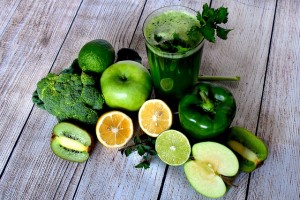 For those who don’t know about this cleanse, the following foods are cut out for thirty days: wheat, sugar, dairy, peanuts, corn, soy, caffeine (except for green tea), canola oil (which is in many foods and is inflammatory), all vinegar except apple cider, pork, beef (except grass-fed, once a week), starchy foods (like potatoes), and sugary fruits (bananas, pineapple, etc). Why, you might ask, would anyone voluntarily cut out ALL of these foods? And, what does that leave a person to eat?!  I did this cleanse again because last year it helped with my migraines, my husband did it to lose weight (and he’s a nice, supportive guy in that way), it’s also a good way to get rid of the guilt-ridden pounds and general yuckiness felt after overindulging during the holiday season (which we both did). Those who joined us did it for a variety of reasons: for some it was to lose weight, others wanted to get rid of the guilt too, some wanted to get a good start on the year by eating right, and one other person had mysterious pain issues and wanted to see if a diet change would help alleviate some of the pain.

The cleanse did help with all of these issues. Everyone lost weight. My migraines improved. All of us felt “good” in general (either from not eating so crappy anymore or for paying penance from the month before, we don’t know), and the person who had the pain issue said her body felt better (though it didn’t all go away). If that’s the case, why don’t we eat like this ALL of the time, then? And here is where the list of drawbacks begins.

Convenience: it is extremely difficult, if not impossible, to eat out or grab something quick during this cleanse. No restaurant or quick eatery has entirely cleanse-compliant menu options (Chipotle is the one exception, and even then, there is one or two items on the menu to have). Meal-planning is essential, which was good in some ways because it forced me to plan, but for those of us who aren’t very creative or enjoy figuring out meals, it was hard. Which leads me to the next one:

Lack of variety: there are only so many ways to cook a chicken, especially when most marinades, vinegars, or any type of sauce is forbidden. I don’t eat meat, so it didn’t bother me, but others who did the cleanse groaned, “Chicken…again?” Grass-fed beef is an option, a very expensive one. Most chicken sausages have a pork casing. And for me, the vegetarian, beans – yet again – got pretty old. After it was over, though, we definitely appreciated some simple foods that we couldn’t have – regular old potatoes, for instance, or tofu in my case. 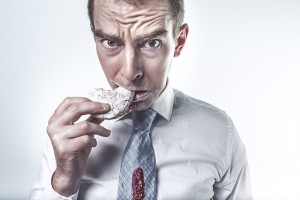 Missing out: many of us had certain foods or beverages that we realized were hard to let go of. For most it was the beloved coffee, but after the three to five days of withdrawal, many were okay (some weren’t). My nightly cookie with tea was dearly missed, or a Friday night beer (a glass of wine for others). How much of this was habit or actually hard to give up? We’re not sure.

The length of the cleanse got to me in the end. I was flying through it for the first two and a half weeks, finding that it wasn’t so hard because I had given up a lot of these foods anyway (mostly wheat, dairy, and coffee), but after fifteen days, I hit the wall – hard. I was tired of eating the same old things. I wanted chocolate. I wanted my old salad dressing back. I wanted to stop thinking about what to eat for the next week. I asked my husband why we ever decided to do this stupid cleanse (and he said, “I don’t know, why did you decide that we would do this stupid cleanse?”).

But we got through it, just like we did the first time. And, like before, we felt better – all of us did. Now, nearly a month has passed, and some of us are slowly going back to our old foods, others have dived in headfirst (with G.I. payback), and some have given up a few foods entirely. Last night, I asked most of the fellow cleansers if they would do it again, and many said yes. Despite the pain, the inconvenience, and the difficulty of following such a restrictive diet, we would do it again. (Well, I might change it to twenty days instead!). I think that shows how many of us knew we were making the right choices, filling our bodies with real food, and not feeling guilty for eating things that we knew satiated just our brains, not our stomachs. There must be something to that. I’ll let you know next year. Or would you care to join us? 😉

Previous: What You Might Miss by Shopping On-Line
Next: My Donkey Died – And So Did the Beginning