Last month, I posted about a couple’s workshop that my husband and I attended. It was called “The Art and Science of Love,” created by John and Julie Gottman. They have studied and researched couples and marriages for years, and they have learned a lot!

To continue on with what I learned during the workshop, following are problem-causing behaviors and what the Gottmans’ call the “Four Horsemen of the Apocalypse.” Apparently, they are so detrimental to a marriage that their namesake says it all. They are as follows: Criticism, Defensiveness, Contempt, Stonewalling.

Criticism – we all know what that is; we’ve all given it and received it at some point! They are referring to statements like, “You’re so boring (lazy, annoying, stupid, etc),” and using statements that begin with “You never” or “You always.” Essentially, these criticisms imply there is something wrong with your partner’s character. They found that women often criticize more than men (don’t worry, men aren’t perfect either). Their guess is that women may feel ignored by men with they complain then these complaints escalate to criticism over time. 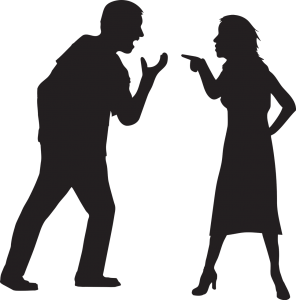 Defensiveness – is any attempt to defend or protect oneself, as well as to ward off any perceived criticism. It can be seen in righteous indignation or the innocent victim stance, as well as counter-attacking or whining.

Contempt – is the worst of them, according to the Gottmans, and the most harmful to a marriage. To be contemptuous means a spouse will put the other down and feel superior. They label it as a position in which one thinks “I’m better/smarter/kinder/stronger/etc than you are.” They also find a certain mindset that can accompany contempt: a negative pattern or habit where the spouse scans the situation or environment for the other’s mistakes rather than what can be appreciated or what is positive (thus leading to criticism). By observing contempt, they found it to be the best predictor of divorce or break-up.

Stonewalling – is the last and the one they found that men do more than women. Essentially, it means withdrawing from the conversation/interaction, etc. The spouse would stay in the room, but not give any cues that he is listening. He might turn his body away, look down, or cross his arms. He is basically shutting the other person out. They point out a common pattern here with the woman criticizing while the man stonewalls.

Are you good friends with any of these horsemen? Being critical and defensive stands out to me as things that I probably do. The Gottmans liken criticism and contempt to fighting, being defensive as a form of flight, and stonewalling is like freezing up. I guess I’m willing to fight then run away!

Thankfully, they offer antidotes to these buggers, and I’ll post them next time. In the meantime, you can observe your own relationship (or others) and see if any horsemen are hanging around. An interesting experiment!

Previous: Staying Together – Adventures in a Couple’s Workshop
Next: Building a Sound Relationship